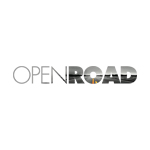 CG-animated epic Spark: A Space Tail takes off in theaters April 14 through Open Road Films, and ahead of the release a new clip has arrived which sets up the history of the story’s universe. The picture is a Canada-South Korea co-production of Red Rover International, Toonbox Entertainment and Gulfstream Pictures.

Synopsis: Spark (Jace Norman) is a wisecracking teen living on an abandoned planet with his friends Chunk and Vix. Thirteen years ago, the power-hungry General Zhong seized control of their planet Bana, wiping out Spark’s family and sending him into hiding. But now they’ve learned of Zhong’s plan to wipe out the entire universe using the deadly space Kraken, and no one but Spark can stop him. An action-packed space odyssey filled with humor and heart, SPARK is an epic adventure about becoming the hero you were born to become.