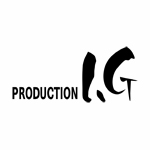 Japanese animation powerhouse Production I.G announced the promotion of Maki Terashima-Furuta to President of the company. She previously served as Vice President since founding Production I.G’s US subsidiary in 1997.

“I’ve always known that anime was an integral part of the Japanese culture, but the huge leaps it has made since I entered the scene is humbling,” Maki said in the announcement. “I’m constantly excited and inspired to not only continue to strengthen its brand, but also to help bring this deeply resonant art form, and the stories and culture that are an intrinsic part of it, to people all around the globe.”

“I’ve known Maki for over 15 years, and not only has she managed post production for all of my work, she’s also provided all kinds of other vital support during the process,” said acclaimed director Oshii. “She’s not blood-related to the CEO of Production I.G (Mitsuhisa Ishikawa), but there’s no doubt that they share the same essential spirit. She’s become a world-renown ‘Wild Business Woman,’ someone with incredible instinct and courage. And I feel truly optimistic about her future.”