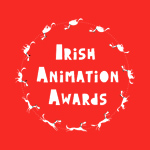 Global broadcast leaders including Amazon, Netflix, BBC and Disney are expected to join in the festivities as the second Irish Animation Awards recognizes outstanding creative talent in the local animation, VFX and gaming industries on Saturday, March 25. Presented by Animation Ireland, the awards will take place in Dingle, Co. Kerry as part of the Animation Dingle festival.

“Animation Ireland’s biennial awards ceremony has gone from strength to strength. Our event is now sold out with studio bosses from around the world travelling to Dingle to see the best of the best in animation talent and collect awards,” commented Niamh Herrity, organizer and MD of Pink Kong Studios. “We had an incredibly successful inaugural ceremony in 2015 and this year will be even bigger and better. Animation Ireland is kindly sponsored by RTÉ and the Irish Film Board and without them the event wouldn’t be going ahead.”

Newly introduced for the 2017 event is the Best Irish Feature Film or Special category, which will join returning contests for Best Animation, Best Animated Short Film, Best Animation for Apps and Gaming, and Best Director of an Animated TV Series.