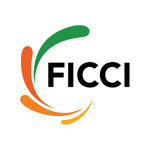 The 18th edition of FICCI Frames took place last week in Mumbai, at the luxe moderne Renaissance hotel, capped by the presentation of the Best Animated Frames Awards. The BAFs celebrate the best in the national animation, visual effects and gaming industry.

This year’s top toon winners were Turtle in Motion’s feature film The Shonku Diaries: A Unicorn Adventure and Aum Animation’s series Ande Pirki. The 2017 edition also saw the event’s first award for voice acting in animation go to Meghna Erande Joshi, a prolific performer who has lent her voice and fluency in English, Hindi and Marathi to local productions as well as dubs of imported animation and live-action hits.