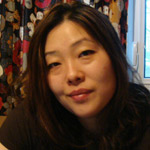 As Director of Original Production for DHX Television, Sarah Haasz oversees the creative aspects of development and production for Family Channel, CHRGD, Family Jr. and Télémagino, including series and movies such as The Next Step, Lost & Found Music Studios, Backstage, Gaming Show, Playdate and Justin Time. Haasz was also Creative Producer for The Next Step Live On Stage Tour 2015 & 2016.

With over 20 years of experience in television production, Haasz is credited for her work on over 2,500 hours of children’s programming in a variety of genres. Her previous roles include Executive in Charge of Production for CBC Children’s and Youth Department, Director of Development for Bardel Entertainment and Production Executive for YTV, TreehouseTV and Discovery Kids Canada. Haasz was also an instructor at Centennial College in Toronto for the Children’s Entertainment Post Graduate Program.