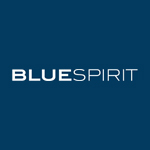 With the success of Claude Barras’ acclaimed stop-motion feature My Life as a Zucchini (Ma Vie de Courgette) — which has won 20 awards to-date, including two Césars and the Cartoon Movie Tribute for Producers of the Year (Blue Spirit, Rita Prod. and Gebeka Films) — Blue Spirit Productions has added to its upcoming slate of animated series and feature projects.

New on the Blue Spirit slate are:

Arthur and the Kids of the Round Table (Arthur et les enfants de la table ronde)
Kids 6-8 | 52 x 11 min. In production
Cofinanced by Canal+ for Teletoon+ and Canal+ Family (France), SWR and Telepool (Germany).
Developed by Isabelle Huchet-Castel as lead writer and Fernando Lira on the graphic bible, this comedy by Jean-Luc François is the first animated series made in UHD-HRD, and tells of the adventures of a young King Arthur and his friends as they see their chivalrous ideals confront the baseness of the time. If only their exploits were recognised by everyone, that would be the Holy Grail! One of the Top 30 most-watched programs at the last MIP Junior, Arthur et les enfants de la table ronde has pre-sold to Radio-Canada for French-speaking Canada, RTS for French- speaking Switzerland, SVT in Sweden and VRT in Belgium.

Alice & Lewis
Kids 5-7 | 52 x 11 min.
Presented at the last Cartoon Forum, Alice & Lewis is a CGI-animated preschool project written by Romain Gadious. The comedy series follows Alice and her rabbit, Lewis, on their adventures in Wonderland as they come up with unique ways to overcome any situation.

The Borrowers (Les Borrowers)
TV Series
Blue Spirit is also creating the first animated series adaptation of Mary Norton’s beloved novels, which have been successfully adapted twice for theaters (Peter Hewitt’s live-action film in 1997, and Hiromasa Yonebayashi’s animated feature for Ghibli in 2010). The series will center on 12-year-old Arrietty, who is 4 inches tall (the same height as an orange!) and lives with her tiny family of Borrowers hidden under the floorboards of the kitchen of the Atlantic Hotel. When 10-year-old Tom discovers the tiny little girl after she falls into the fish tank, he saves her. This is the beginning of a fabulous secret friendship and a series of incredible adventures for Arrietty and Tom, the discovery of a different view on everyday life.

The Prince’s Journey (Le voyage du Prince)
Feature film in development; due in 2019
In 2009, Blue Spirit made its first foray into feature production with Le Tableau (The Painting), which was released in 2011. Acclaimed director Jean- François Laguionie has chosen to work again with Armelle Glorennec’s team to work on his new feature film. Written in the form of a travel log, the film starts with the discovery of the Prince who has been shipwrecked on an unknown shore. Injured and lost, he is found by Tom and is taken in by his parents, two researchers in exile. The Prince, guided by his young friend, discovers with enthusiasm and fascination a society which nevertheless appears stiff and ossified…
The Prince’s Journey is a sort of sequel to Laguionie’s A Monkey’s Tale (1999). It will be produced in Angoulême, Montreal and Brussels, in Blue Spirit’s studios, and was presented at Cartoon Movie last week.

Yaya
Feature film in development
Blue Spirit’s other animated feature in development is based on the Franco-Chinese comic book La balade de Yaya (Editions Fei). The 9-volume series written by Jean-Marie Omont, Charlotte Girard and Patrick Marty with art by Zhao Golo has sold more than 200k copies in France and recently won an award in China. The story: Shanghai, 1937, and the city is invaded by the Japanese army. Yaya, a little girl from a well-off family, goes off in search of her parents, with the help of Tuduo, a young street urchin.