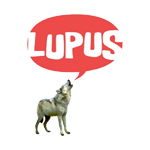 Lupus Films and Walker Productions’ hand-drawn animated special We’re Going on a Bear Hunt — from the classic picture book by Michael Rosen and Helen Oxenbury — has won out in the Book to TV category of the inaugural Creativity Across Media: Entertainment & Originality Awards. The CAMEOs were announced Wednesday night at a special ceremony at Soho House in London, presented by author David Nicholls (One Day, Starter for Ten).

The CAMEO Awards are a collaboration of London Book & Screen Week (March 13-19) and the Publishers Association.

“We are thrilled that We’re Going on a Bear Hunt has won this prestigious new award,” said producer Ruth Fielding, accepting the award on behalf of Lupus. “The film was a labour of love for the production team that brought Michael Rosen and Helen Oxenbury’s wonderful work to life and this is a tribute to their hard work and talent.”

“We’re Going on a Bear Hunt only aired for the first time at Christmas and yet in that short space of time has gained a legion of fans and had so much positive feedback from children, parents and critics alike,” said Walker Productions’ Julia Posen. “We are all incredibly proud to receive this award, a wonderful acknowledgement of a much-loved picture-book story brought beautifully to life on a new creative platform.”

Comprised of 100,364 hand-drawings and 288 hand-painted backgrounds, We’re Going on a Bear Hunt premiered on Channel 4 at Christmas last year and is now available for streaming in the US through Amazon Prime Video.

WINNER: 45 Years – Directed by Andrew Haigh (Book: In Another Country by David Constantine)

Me Before You – Thea Sharrock (Book by Jojo Moyes)