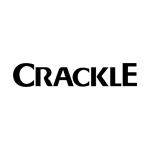 All 13 episodes of season one are available to view for free on Crackle now, which is accessible via app for TVs, connected devices, game consoles and mobile devices, or online at crackle.com/supermansion.

SuperMansion follows the heroic misadventures of a dysfunctional yet well-intentioned group of imperfect superheroes. Titanium Rex (Cranston) and the members of the League of Freedom battle public backlash while a computer hack threatens to reveal some of their worst secrets. Starting off in a hole, the League does what they always do: get to digging. Throughout the season, our heroes confront villains, invaders and even themselves as they attempt to become trusted champions of Storm City and humanity itself.