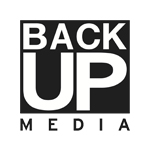 Paris-based financier/co-production company Backup Films has taken on historical-fiction animated feature Where Is Anne Frank from award-winning director of The Congress and Waltz with Bashir, Ari Folman, Variety reports. Announced in 2013, the 17.5 million euro ($18.8 million USD) project is set to go into production this month.

Where Is Anne Frank is the first movie to be supported by The Anne Frank Fonds Basel, which is allowing Folman exceptional access to the girl’s famous diary, as well as other texts and family archives. As with his animated documentary Waltz with Bashir, which was nominated for the Best Animated Feature Oscar and received the Best Foreign Feature Cesar Award, Folman is crafting a narrative that will provoke audiences to consider the parallels between historic and current events.

The feature is aimed at children and families as well as adults, and follows “Kitty” — the imaginary teenage friend to whom Anne dedicated her diary. Awakening in the near future in the Frank house in Amsterdam, a determined Kitty sets out to find Anne, believing he to still be alive. In her quest she faces the startling world of modern Europe, and discovers Anne’s important legacy.

Producer Diana Elbaum and Backup Films founding partner Jean-Baptiste Babin will court buyers at the European Film Market in Berlin; the film is set for delivery in 2019.