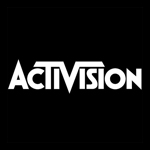 Activision Blizzard has launched a new consumer products division with the aim of supporting its global growth strategy by creating new avenues for fan engagement with its game franchises and characters. The company has also announced that its Netflix original animated series Skylanders Academy has been renewed for a third season.

Prior to that, Kilpin was EVP of franchise management at The Walt Disney Company, where he oversaw global cross-category strategy for Disney Princesses, Winnie the Pooh, Mickey Mouse and other franchises.

One of the company’s top brands is getting a third animated series season, as it was announced Thursday that Skylanders Academy has been renewed by Netflix. Production will kick off this month, with the animation again being handled by French studio TeamTO and delivery slated for 2018. The show, based on the $3.5 billion Skylanders game franchise, is the first TV series developed and produced by Activision Blizzard Studios.

“Response to the show has been incredibly enthusiastic, and we’ve taken a lot of creative inspiration from fans’ excitement,” said studio Co-President Stacey Sher, “We have a lot of fun in store for season three and are thrilled to give audiences even more of the characters they love.”