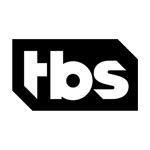 Louis C.K., Albert Brooks Enlist with TBS for ‘The Cops’

TBS has greenlit 10 episodes of a new animated comedy series created by and featuring the voices of comedy giants Louis C.K. and Albert Brooks — who last year lent their vocal skills to Illumination Entertainment’s summer hit The Secret Life of Pets. Brooks also reprised the role of Marlin for Pixar’s Finding Dory.

According to the network, the series follows the duo’s characters: “two Los Angeles patrolmen trying their best to protect and serve, sometimes failing at both. Ride with them as they patrol one of the biggest cities in the world, then go home with them and be glad you’re not married to either.”