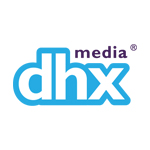 Starting next week on Family Jr., young kiddos and their families can catch winter-themed episodes of preschool hits YaYa & Zouk, Messy Goes to OKIDO, Bob the Builder and Yo Gabba Gabba! The channel will also run a special Thomas & Friends programming event with an online Watch and Win contest (familyjr.ca) from Dec. 14-25. Audiences can also catch the “Kate in Oz” Kate & Mim-Mim special in December, and a full day of seasonal programming on Christmas Day.

Over on Family Channel, the lineup for older kids kicks off Friday Dec. 2 with the network premiere of British comedy flick Get Santa, followed by the classic Home Alone 3. The CG reindeer adventure The Flight Before Christmas takes off Dec. 9, followed by Gaumont’s Santa’s Apprentice Dec. 10. Other highlights include live-action specials Scoot and Kassie’s Christmas Adventure on Dec. 16 and Hank Zipzer and the Christmas Catastrophe on Dec. 17.

Family Channel will be running seasonal programming every Saturday and Sunday this month beginning at 10 a.m. ET/PT, and festive movies on Fridays and Saturdays at 8 p.m. From December 19 to 25, the network is decking the halls with Christmas movies from 1 – 7 p.m. ET/PT daily, such as: Elf, Home Alone 2: Lost in New York, Home Alone 3 and Bob’s Broken Sleigh.