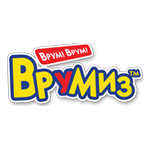 SAMG Animation (South Korea) and its Moscow-based distribution and licensing agency partner CLS Media announce that animated property Vroomiz has made it onto the top 10 most popular toy products for boys in Russia, per the latest study from Yandex.Market.

Vroomiz is joined in the top 10 by brands such as Cars, Star Wars, Spider- Man, Robocar Poli, Chuggington and Teenage Mutant Ninja Turtles; and leaves behind Tom and Jerry, Iron Man and Fireman Sam.

According to the these studies, there is no intersection among the 10 most popular brands in toys category for boys and girls, with boys strongly preferring transport-themed toys and girls preferring dolls. Boys prefer transport and robots, girls – doll brands.

Yandex.Market counts over 760,000 different products based on popular characters, excluding the original sources (books, movies and computer games). The most characters could be found among the toy product – every tenth item (totaling more than 400,000) uses a character’s image.

Vroomiz is created by SAMG Animation studio. CLS Media is SAMG’s exclusive partner for Vroomiz in Russia and CIS. The Vroomiz animated series is broadcast by leading Russian kid’s TV channels and is gaining strong ratings. Season three of the show premiered this fall on EBS in South Korea; the Russian premiere of the new season is scheduled for the end of 2016/beginning of 2017 on Carousel.