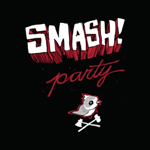 Titmouse, the Emmy Award-winning animation studio behind Metalocalypse, Superjail!, The Venture Bros., Son of Zorn and Motorcity — to name a few — have combined forces with emerging technology group Viacom NEXT, announcing the upcoming release of a truly cathartic virtual reality experience: Smash Party.

Inspired by the studio’s annual Smash Party, which invites attendees to get their aggro out by smashing objects inside a safety cage, Smash Party is a free, interactive VR experience now in beta, developed by Viacom NEXT for the HTC Vive. Smash Party-goers at this year’s 10th annual event got to be the first to try out the game (no safety gear required) at the Titmouse lot. And HTV Vive owners will be able to try out some virtual destruction when Smash Party launches by the end of the year.

In-game, smashers can select from everyday items like TVs, vases and toilet bowls created by Titmouse president and founder Chris Prynoski (Nerdland) that can be destroyed with uncommon results in front of a cheering crowd of technicolor creatures. The more property damage inflicted, the higher up the leaderboard players will climb.

“We are actively working on truly immersive VR experiences and love working with Titmouse to bring to life the ultimate Smash Party experience.” said Chaki Ng, SVP, Viacom NEXT. “It has been the perfect opportunity for our team to dream up a novel experience through so many smashable objects.”

Check out the trailer below and learn more about Smash Party at smashpartyvr.com.