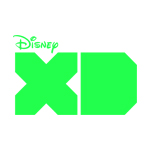 The Pokémon Company International has inked a multiyear distribution deal with Disney XD, making it the new network home for Pokémon animated content in the US. The channel and its related platforms will run the 20th season of the popular anime series, as well as much of the previous toon library including the 19 previous seasons (over 900 episodes) plus 15 movies.

The upcoming season of the TV show, premiering on Disney XD in early 2017, will be titled Pokémon the Series: Sun & Moon and will feature new characters and action-packed adventures that continue the great storytelling and narrative of the Pokémon universe, following the newly launched game of the same name. Disney XD in the US will also premiere the new feature-length animated film, Pokémon the Movie: Volcanion and the Mechanical Marvel, on Monday, December 5, when viewers will also get a sneak peek at the upcoming season with the debut of the first two episodes.

“During our 20-year celebration, fans’ appetite for Pokémon is at an all-time high, and The Pokémon Company International is thrilled to join forces with Disney XD as the new home for Pokémon animation in the US,” said Emily Arons, SVP at The Pokémon Company Intl. “Disney XD is the perfect way to deliver Pokémon animation to kids and fans across the country on its multiple platforms.”

Animated Pokémon offerings currently air on Disney XD in Europe — additional debut dates for the US will be announced at a later date.