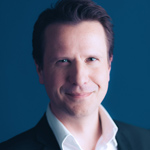 The Youth Media Alliance in Montreal announces the appointment of two new members to its board of directors: Laurent Guérin, Vice President, Chief Content and Digital Officer for Groupe Média TFO; and Frank Falcone, President and Executive Creative Director at Guru Studio. They take over from Michèle Fortin (formerly at Télé-Québec) and Jamie Piekarz (formerly at Corus Kids).

Laurent Guérin is one of the visionaries behind TFO’s digital success. After he joined the network in 2013, TFO’s television reach increased by 30% over a 24-month period. His strategic direction and team leadership were essential to the development of the new video platform TFO.org. He also repositioned TFO’s social networks, increasing fans and followers by 220% between 2014 and 2015. YouTube views alone increased by 1,100% between March 2014 and September 2015. Guérin’s passion for new digital trends and ability to bring bold creativity into the digital world have garnered him and his team a Gémeaux award for the digital series Le rêve de Champlain (2015). He created the MCN for Mini TFO on YouTube, which attained over 150 million views in September 2015. Prior to TFO, Guérin helped create French web-TV platform nouvo.com in 1999 and was instrumental in launching various video-on- demand services, including Neuf and SFR. He also produced Detective Avenue (2011), a groundbreaking transmedia production with a million-dollar budget. Guérin holds an MBA from the International University of America in San Francisco.

Frank Falcone has been bringing film and television projects to life as an animator, director and executive producer for over 20 years. Under his creative vision, Guru Studio has become a leader in character driven storytelling and high-quality animated entertainment and amusements for kids and families around the world. Guru’s roster of hit shows include Justin Time, winner of the 2016 Banff Rockie Award, 2015 Shaw Rocket Prize, 2014 Canadian Screen Award, Emmy and six-time Annie Award- nominated preschool program; PAW Patrol, the #1 global preschool smash hit and consumer products phenomenon in collaboration with Spinmaster and Nickelodeon; the BAFTA- nominated Dinopaws; and Mattel’s Netflix Original Series Ever After High. Guru’s highly anticipated preschool release True and the Rainbow Kingdom will premiere as a Netflix Original in 2017.