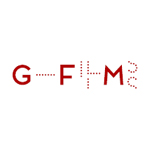 “Animation is well underway and the film will be completed in the first part of 2017. Our artists are pushing the limits to put as much quality and humor into every last frame,” Greg Gavanski, Prime Focus’ London-based head of animation, told SD.

Adapted from the old Mirisch-Geoffrey DePatie-Freleng Enterprises cartoon 1969-1970), the film will center on a teenage boy who is magically transported to a distant land, where he must foil the schemes of a cantankerous wizard called The Grump.

In addition to Here Comes The Grump, GFM Animation (announced as a GFM Films sister company Nov. 1) has a number of previously announced and new projects under its umbrella. GFM Films’ Hugo, Stonerunner have moved over.

Also in the works: Dog’Y’Dog, the story of a teenage dog who wants to be a rock ‘n’ roll guitarist, but puts his dreams on hold when his famous “dogynaut” fauther goes missing (Leningrad Cowboys in Helsinki is developing both film and videogame for 2017). And stop-motion animated musical Codename: Housewife, inspired by a Korean short — the legendary Will Vinton (Return to Oz) and Korean claymation director Hong Sukwha will co-direct the tale of an ordinary housewife who is enlisted as an international spy, tasked with saving the world’s greatest rock stars from mysterious disappearances. Schultz is co-producing as well as China Film Group.