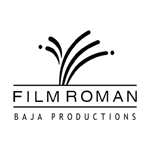 Just across the border, the location will allow US-based creatives to stay involved “on premises” in day-to-day production, interacting with the well-qualified Mexico-based creative team and technical staff. Film Roman Baja is servicing all Film Roman productions, and will be available for hire on outside productions. Specializing in both traditional and 3D animation, major client productions at the moment include the Max Steel series for Mattel.

“Having worked with Boxel on the feature El Americano, I saw firsthand the quality and energy of their animation. It is their passion and love of animation that our Baja animators bring to our projects that will help us compete in the world market,” said Phil Roman.

“Film Roman Baja is part of a renaissance of international companies that are investing in and bringing business to this region and utilizing the experienced talent we have down here,” Botello added. “Our animators and technical personnel are some of the best in the entire country and have come here from all over Mexico and other countries in the region as well.”