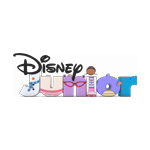 Disney Junior is following doctor’s orders, re-upping its Peabody Award-winning animated hit Doc McStuffins for a fifth season. Since its March 2012 premiere, the show has received acclaim for its aspirational young hero, who wants to be a doctor like her mom. The season order was announced today by Nancy Kanter, EVP and General Manager of Disney Junior Worldwide.

“Doc McStuffins is an unmistakable example of our commitment to powerful storytelling that enriches and enlightens kids,” said Kanter. “I can think of no other children’s television show in recent history that has touched as many lives and made the kind of impact around the world that Doc has. Our viewers have forged a deep connection with this series and are very vocal about how strongly they believe in these characters. We are excited to share with them many more stories about Doc and her toys when season five begins airing in 2018.”

Shortly after the series launched, a group of female African-American physicians began a “movement” they coined “We Are Doc McStuffins.” Seeing a reflection of themselves in the Doc character and the opportunity to inspire young girls, the group grew to form the Artemis Medical Society, an organization which now boasts a membership of over 4700 women physicians of color from around the world.

The show has many fans outside of its target audience of kids 2-7, including socio-political comedian W. Kamau Bell who recently called it “One of the most important shows in the history of television.” First Lady Michelle Obama even guest starred on an episode, and hosted a special White House screening for military families of a Veterans Day-themed episode. Doc McStuffins has also welcomed Anthony Anderson, Audra McDonald, Geena Davis, David Copperfield, Taye Diggs, Patton Oswalt and Carson Daly as guest stars.