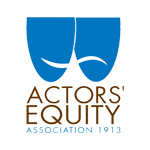 The Actors’ Equity Association announced Friday that it is united with SAG-AFTRA in its picketing of video game studios, and has called on AEA members to not accept voiceover or performance capture work on struck titles from the 11 corporations specified by the union during the ongoing strike.

AEA Executive Director Mary McColl called on the video game corporations to return to the bargaining table and said her union “stands in solidarity with and support of its sister union SAG-AFTRA as it fights for a fair contract for voiceover and motion-capture performers … Equity members are reminded that they cannot accept work from these employers, and they should contact Equity immediately if they are offered any such employment.”

SAG-AFTRA has been actively picketing the 11 companies, most recently at Insomniac Games (Ratchet & Clank) in Burbank no Nov. 17, where the organization reported having near 450 members on site during the action. The strike was called in late October.

“The video game corporations we’re striking have tried to sow divisions among our membership instead of returning to the bargaining table to negotiate a fair contract,” said SAG-AFTRA President Gabrielle Carteris. “Not only are SAG-AFTRA members united in this strike action, but they have the support of their union brothers and sisters from AEA. I want to thank Mary McColl and the AEA leadership for their strong support.”