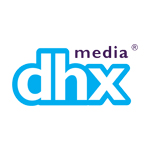 Season Two of ‘The Deep’ Gets Greenlight

Technicolor, an underlying rights holder in CG animated series The Deep; DHX Media and A Stark Production have announced that the show has been greenlit for a 13 x half-hour second season by current broadcasting partners ABC (Australia), Super RTL (Germany), Family CHRGD (Canada) and Netflix (US).

Additionally, CPLG (a DHX Media company) has been appointed multi-territory licensing agent for the brand, including in North America, EMEA (excluding Germany) and Latin America).

According to BARB ratings, The Deep on CBBC was the UK’s #3 ranked children’s television series across all channels for the week ending September 7; and was the top-viewed animated series targeted to kids in the 6- to 11-year-old age range for the weeks ending March 20, March 27, July 17 and September 4. The Deep is currently airing on ABC ME in Australia; on Finland’s YLE; Sweden’s SVT; Norway’s NRK; Singapore’s Okto; and Portugal’s Panda; with upcoming launches on Ketnet in Belgium and Minika in Turkey.

“We are delighted that The Deep has resonated so strongly with the audiences of each of our broadcast partners since its rollout last November,” said Alison Warner, VP of IP Sales, Acquisitions and Co-Productions at Technicolor. “The impressive performance of this imaginative adventure series and its ability to engage viewers of all ages is driving a plethora of opportunities for licensing, merchandise and retail partners and we are thrilled to have CPLG on board to strategize, facilitate and maximize the property’s potentially extensive licensing program.”

The Deep follows the underwater adventures of the Nekton family as they explore the ocean equipped with state-of-the-art technology and an unquenchable thirst for discovery. The series is based on the Aurealis Award-winning graphic novel series created by writer Tom Taylor (Batman: Legends of the Dark Knight, Star Wars: Blood Ties) and artist James Brouwer (Justice League Beyond). Taylor and Brouwer serve as lead writer and art director on the series, respectively.

Technicolor, as the underlying rights holder to The Deep, has oversight of the brand’s licensing extensions. The co-production partners are Australia-based A Stark Production (scripts, design and music) and Canada-based DHX Media (animation, voices and post-production), with distribution handled by DHX Media.