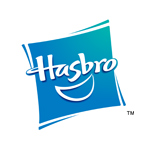 Hasbro, Inc. has announced there will be even more fantastical adventures from two of its most popular animated properties in 2017, with the return of My Little Pony: Friendship Is Magic and My Little Pony: Equestria Girls.

The Mane 6 will experience their most exciting escapades yet in Season 7 of My Little Pony: Friendship Is Magic, returning to Discovery Family Channel in Spring 2017. And the spirited teens of Equestria Girls are slated for three brand new 22-minute TV specials, following the successful debut of Legends of Everfree this year.