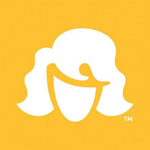 Davis brings over 20 years’ experience leading creative teams and launching new kids’ IP to his role as CMO. Previously, as Senior Director, Global Marketing for Hasbro, he was behind the notable relaunch of Furby. Prior to Hasbro he launched several other properties, including Skylanders for Activision and Bakugan for Spin Master.

As CCO, Boyd will focus on creating content for the GoldieBlox brand using written, animated and live-action storytelling for multiple distribution channels. A 20 year kids’ entertainment veteran, Boyd began her career as an intern at Nickelodeon, where she most recently was Senior Vice President of Animation Development, and launched the studio’s global animated shorts program resulting in the breakout hit series The Loud House.

Rahardjanoto’s role as Creative Director is to bring the GoldieBlox brand to life through story, color and design. Rahardjanoto’s past roles include Marketing Creative Director at Playstudios and Art Director at Mattel, where she was responsible for creating the look and feel of DC Super Hero Girls for animation and was also involved in the art direction, animation and rebranding of major product lines including Polly Pocket, American Girl, and the new Monster High movie.

Earlier this year, GoldieBlox announced a licensing deal with Random House for an original book series, coming in 2017. It also launched its first app, GoldieBlox: Adventures in Coding – The Rocket Cupcake Co. for iOS, designed to teach kids aged 4 and up the fundamentals of coding. Most recently, The company launched a weekly instructional YouTube series, Toy Hackers.