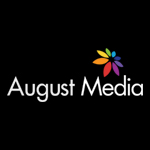 Barangay 143 will be distributed internationally by August Rights and TV Asahi. Aimed at young adult viewers, the series combines basketball action with quality scripted primetime storytelling, and will be originally recorded in Tagalog by an all-Filipino celebrity cast. The scale of the project is a major first for the Philippines.

“Our collective decision to tell this story of Barangay 143 is a result of extensive focus group research and a creative process that has been exciting to say the least,” says Saha. “Given the increasing popularity of animated titles among young adults, we believe time is right for South East Asia to deliver its first anime series of this magnitude for the regional and global markets. TV Asahi with their track record also makes the perfect partners for this.”

Synergy88’s Chua points out that the project is a 360-degree concept, and will launch as a subscription mobile game, to be followed by a consumer products line and finally the series’ broadcast debut in Spring 2017.

Barangay 143 (13 x 44 or 26 x 22) is a gritty, high-stakes story about a young man named Bren Park, who gives up on his destiny to become a great basketball player after a family tragedy. Travelling to the Philippines to get his life back together, he meets the legendary Coach B, who has a plan to use basketball to find the culprits responsible for the death of his son. To do this, he needs a strong team leader who can take his misfit players to victory. Tied together by their tragic losses and the game that took everything from them, Bren and Coach B will find the peace, justice and redemption they seek.