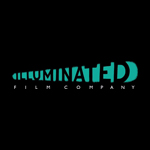 The Illuminated Film Company is a successful and distinctive animation studio based in London. Producer Iain Harvey formed the company in 1993, the year Illuminated produced its first animated series, THE VERY HUNGRY CATERPILLAR & OTHER STORIES. Illuminated Films main priority is to always have a strong, script-led storyline, and is eclectic in its tastes.

Meet Caiman, a five-year-old crocodile who loves exploring – and who wouldn’t!?…when the village of Trickle End, a buzzing and bubbling community, is right outside his front door!

Caiman lives at home with his Mum, Dad and older sister in a little wooden house, situated right on the edge of the exotic mangroves where the river meets the sea. All his friends and neighbours live, work and play nearby. There’s always someone to have fun with or somebody to lend a helping hand in Trickle End.

Each day Caiman heads to his playgroup – Manny’s Academy. The terrific thing about Manny’s is that it isn’t just for kids – whether it be for painting or singing, science or dancing, young and old are welcome to join in the fun!

Some seek out adventure; Dave Spud just falls over it…

This edgy and wickedly funny comedy series for ages 6+ combines the bizarre with the humdrum of life in a northern seaside town Grimsby.

Dave Spud’s surroundings appear ordinarily, with each day having the potential to be as dull as dish water (just as Dave likes it), but without fail things always switch to the wildly fantastical whenever Dave least expects it.

Alien kids Buddy and Elvis have miscalculated the planet’s pecking order and opted for a cat and dog disguise. Life as such takes some getting used to though; their dinner gets handed out in bowls on the floor and they have inherited some peculiar species habits… we don’t even want to go into the bathroom arrangements.

But being pets has its advantages; with no school they have plenty of time for exploring, fun and mischief.

This new series sees our favourite Royal introduced to new additions to the castle. Princess meets her uncle, The Professor. His inventions are mostly useless but Princess loves to sneak into his lab to see what he’s working on. Princess also makes an unexpected friend when she discovers a mythical beast!

After discovering a blue beast having a feast in the kitchen, Little Princess goes on a mission to prove his existence and exonerate alleged food thieves Puss and Scruff. Meanwhile, a rich businessman arrives at the castle, with a contract and the promise of a holiday. By accepting his terms, the family unwittingly sign over their kingdom. As they prepare to leave their home, Little Princess must uncover the mysterious beast, in the hope of him helping save their home from destruction.