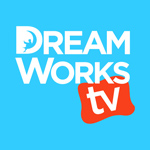 Exclusive: ‘Get My Goat’ Is DreamWorksTV’s Newest Toon

Online video destination DreamWorksTV is officially launching brand-new animated comedy series Get My Goat on September 3, but you can check out the slapstick shenanigans here first!

Created by Emmy-nominated filmmaker Mike Blum and Pipsqueak Films, Get My Goat is a digital 2D cartoon in the mien of classic ’60s physical comedies like The Road Runner Show. The show features a clever herding dog named Dutch as he defends his oblivious billy goat from a scheming but dimwitted wolf named Gold Fang.