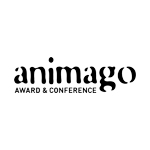 An independent jury of experts representing 14 different fields have pored over the 1,076 entries from 58 nations to the 2016 animago Award competition, selecting a total of 39 nominated projects in 13 categories. If that wasn’t enough numbers for you, then know that the 20th animago Award & Conference will take place in Munich, October 27-28. The awards ceremony will take place the first night a the Cultural Center GASTEIG.

“We never cease to be amazed at the quality of the submissions we receive, even after 20 years of doing this,” says Günter Hagedorn, animago co-founder and head of the jury. “Once again this year we were sent countless amazing works by students, professional CG artists and private artists. One thing we noticed is the mixing of different technologies, such as stop motion, 2D animation and 2D typography and 3D animation, which seems to have established itself as a new form of expression. We are also delighted about the high level of international participation, for example by artists from Puerto Rico and Libya. We’re very excited and wish all the nominees the best of luck!”

The Experiment by Manuel Peter (Germany)

After the End by Sam Southward (The National Film and Television School, Great Britain)