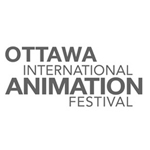 The Ottawa International Animation Festival — North America’s leading animation fest — has announced the Official Selection for its 2016 Animated Feature Competition. Taking place September 21-25 in the Canadian capital, this year’s OAIF marks the event’s 40th anniversary with another enchanting line-up of films from around the world.

“It’s one of the strongest years we’ve had in the feature competition,” says Chris Robinson, Artistic Director at OIAF. “We’ve got a record number of Canadian features and what really impresses me is how utterly diverse and unique each film is. I don’t relish the feature jury this year. Picking a Grand Prize winner will not be an easy task.”

From Jan Bultheel, Cafard (a Belgium/France/Netherlands co-production) carves out the world of 1914 in the director’s distinctive motion-capture style, following a champion wrestler named Jean Mordant who enrolls in the first armored car military division and embarks on a dramatic odyssey to avenge his daughter. And from Spain, Pedro Rivero & Alberto Vazquez’s Psiconautas, the forgotten children brings the world of award-winning graphic novel Birdboy to life, centered on two teenagers living in the fallout of an ecological disaster who both long to escape in their own ways.