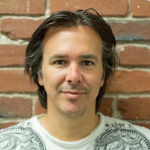 FuseFX Vancouver announces the arrival of fresh talent to its ranks, with VFX Supervisor Eric Gambini coming on board along with VFX Producer Graeme Marshall and CG Supervisor Adam Marisett as the company continues to add staff to service the region’s TV production boom.

Having worked at effects facilities around the globe, Gambini most recently served as On-Set VFX Supervisor on the CW series The 100. He began his career in his native France as a picture editor before immigrating to the U.S. in 1996 to join Digital Domain, where as a camera department technician he worked on several blockbuster titles including X-Men. He also spent six years with Weta Digital in New Zealand, serving as an on-set TD for the Lord of the Rings trilogy and Avatar. Gambini went on to work at studios in Singapore, Australia and Canada.

Marshall’s background includes three years at Zoic Studios, Vancouver, where he worked on such shows as Arrow for Warner/DC, Banshee for Cinemax and Hemlock Grove for Netflix. A native of New Zealand, he is a graduate of Auckland University of Technology and began his career with the commercial production company Flying Start. He gained his first experience in visual effects through PRS Spartacus and also founded and ran the boutique production house Thrash.

Marisett brings more than 10 years of experience as a visual effects artist, animator and CG supervisor. He arrives from Scanline VFX, Vancouver, and has also held staff posts with The Embassy, Digital Domain and Anthem Visual Effects. His credits include the series The Messenger, the mini-series Tut and Ascension, and the features Captain America: The Winter Soldier and Elysium.

Launched in 2015, FuseFX’s Vancouver facility currently produces visual effects for such shows as The Magicians, Zoo, Dark Matter and Salem.