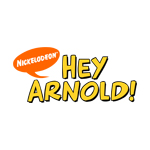 Nickelodeon — now celebrating its 25th year of original animation — has announced the title for the highly anticipated return of one of its cartoon classics will be title Hey Arnold!: The Jungle Movie. The made for TV movie, announced earlier this year, will feature 19 of the original voices from the beloved series, and Hey Arnold!‘s creator Craig Bartlett is serving as writer and executive producer. The two-hour Nickelodeon Animation Studios production will debut in 2017.

The project will give new life to favorite characters Helga, a complicated and cynical girl whose mean act hides a wealth of emotions; Phoebe, Helga’s confidante and best friend; Harold, a former bully with a tough exterior and soft interior; Rhonda, a preppy fashionista from a prestigious family; and Olga, Helga’s intelligent, attractive and friendly older sister — and many more. Lane Toran (original voice of Arnold) and Jamil Smith (original voice of Gerald) will also be voicing several other roles for The Jungle Movie.