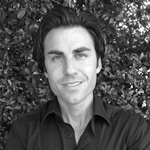 Dubbed Senior Vice President of the media division, Wolfson will be responsible for developing, launching and managing Skyrocket’s portfolio of integrated entertainment properties in coordination with the company’s toy and consumer products businesses. Skyrocket will develop original content for digital and broadcast platforms with corresponding toy lines and ancillary products, with a first property launch planned for 2018.