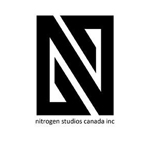 A poppin’ fresh new trailer for R-rated CG comedy Sausage Party has dropped, and it might make you want to drop your snack and take a good, hard look at yourself. The film, coming to U.S. theaters August 12 through Columbia, centers about a sausage who leads a group of supermarket products on a quest to discover the truth about their existence, and what really happens to the “chosen” who leave the shelves.