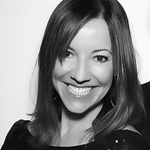 After serving as Head of Comedy at Paramount for the last two-and-a-half years, Jennifer Howell has joined DreamWorks Animation as its new Head of Development, Deadline reports. Howell is stepping in as Gregg Taylor vacates the post in order to focus on producing DWA’s musical feature Larrikins, which he started on last August. Howell will report in to Bonnie Arnold and Mireille Soria.

Howell brings a good animation pedigree to her new role at DWA. She previously ran 20th Century Fox Television’s animation department, and was EVP at Matt Stone and Trey Parker’s Important Studios. Howell was a supervising producer on South Park, producing on the show for 10 years, as well as on their films South Park: Bigger, Longer and Uncut and Team America: World Police as well as the live-action series That’s My Bush!

Taylor will now give his full attention to Larrikins, which is slated for a February 16, 2018 release through Fox — though the Comcast acquisition likely means Universal will distribute the CG feature. Australian comedian and musician Tim Minchin is starring and directing (with Puss in Boots helmer Chris Miller). Minchin is also composing for the film, having done music and lyrics for the Tony-winning Matilda the Musical.

The rock-n-roll animal adventure centers on a bilby (a small, rodent-like, big-eared marsupial that lives in the Australian desert) who has lived under a rock his entire life. When he is kicked out by his parents and told to get a life, he goes on a road trip with a band through the Outback. Larrikins is written by Harry Cripps.

Taylor had been instrumental to the formation of Oriental DreamWorks, as well as the acquisition of Classic Media, and helped create the company’s TV division. Prior to DreamWorks Animation, he served as Senior EVP at the Kennedy/Marshall Company for six years.