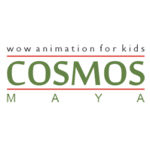 Asian studio Cosmos-Maya, based in Singapore and Mumbai, marks four years as the largest producer of original Indian animated content consistently over the past four years. The milestone is reached as the company boasts five TV shows currently on air, with three more in production and set to launch later in the year.

Cosmos-Maya’s flagship series, Motu Patlu, launched in 2012 on Nickelodeon and is one of the most popular kids’ shows in India, as well as boasting a very large content bank accumulated in a short time.

“Motu Patlu is very unique as a show. In the last four years, we have completed almost 500 episodes and almost 10 TV special features all of which have received a lot of love from the Indian kids,” said Cosmos-Maya CEO Anish Mehta, who produces the series. “We intend to produce a theatrical feature film based on Motu Patlu soon. While it is a record of sorts in terms of the production, the high ratings that we have got, both for Motu Patlu and Shiva are highly encouraging. This wouldn’t have been possible without the support of our broadcast partner Nickelodeon; whether it was the support to produce so much content or the mounting of the show.”

Shiva, another collaboration between Cosmos-Maya and Viacom18, launched during Diwali last year and is proving a success in the region. Other Cosmos-Maya series are the slapstick comedy Eena Meena Deeka, airing its second season on Disney’s Hungama channel and sold to France, Germany and North America; ViR – The Robot Boy, airing on Hungama, currently in its third season with plans for TV movies; and Kisna, airing on Discovery Kids.