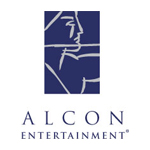 A decade since the last time America’s favorite cantankerous cat was seen on the big screen in the live-action/CG hybrid flick Garfield: A Tale of Two Kitties, Alcon Entertainment has revealed it is producing a fully-animated Garfield movie.

“I’ve been so impressed with the quality of animation and storytelling coming out of Hollywood of late,” said Garfield creator Jim Davis. “I can’t wait to get into production with the terrific team Alcon has assembled.”

The new vehicle for Jim Davis’ furry orange feline is backed by producer John Cohen (Despicable Me, Angry Birds) and Steven P. Wegner, with Davis as executive producer along with Bridget McMeel from Amuse. Alcon co-founders and co-CEOs Broderick Johnson and Andrew Kosove will also serve as producers. The studio plans to build a new feature franchise out of the brand.

The original Garfield comic strip first appeared in 1978, documenting the daily life of a lazy, food-obsessed, cynical and selfish orange cat — as well as his somewhat clueless bachelor owner Jon Arbuckle and dimwitted but loving Odie the dog. The strip started out in 41 newspapers, but its instant popularity helped push it to 2,580 at its height, with an estimated readership of 260 million. In fact, Garfield is the most widely syndicated comic strip in the world.