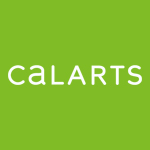 Hundred of CalArts students, faculty and alumni as well as entertainment industry executives convened at two events to screen and celebrate the latest batch of student films from the school’s Character Animation and Experimental Animation programs in recent days.

The highly anticipated Character Animation Producers’ Show took place at the Directors Guild of America theater in Los Angeles on May 4, featuring Zootopia co-director Rich Moore as the Guest of Honor. As part of his duties, Moore announced three award winners during the festivities: The Walter and Gracie Lantz Animation Prize (juried by Character Animation faculty) went to David Davis for his film Open Heart; the inaugural Vimeo Award for Outstanding Student Achievement in Animated Filmmaking (juried by Vimeo) went to Xiya Lan for You Look Scary; and the Peers’ Pick Award, voted by the students, went to Ingo Raschka for Video 69.

The 21 character animation films screened in the Showcase were selected from 163 films submitted. They represented a diverse range of themes, narratives and aesthetic approaches — from an original animated musical to an inspirational tale of a crocodile and his toothache. These films can be viewed (along with many others)  on the 2016 Character Animation Student Films channel on Vimeo.

A few days earlier, the Experimental Animation Showcase had its chance to shine in front of a full house of students, alumni, faculty and industry players at REDCAT on April 29. The 20 selected films incorporated everything from hand-drawn, stop-motion, CG and hybrid animation techniques.