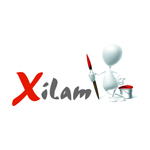 Xilam Studio and France’s No. 1 kids’ broadcasting group Lagardere Active (including channels Gulli, Canal J and TiJi) announce ahead of MIPTV an exclusive broadcasting agreement in France for international hit animated comedy Oggy and the Cockroaches. The show previously ran on Gulli from 2005 to 2010 and was key to the channel’s successful launch, and one of its most popular shows.

The new deal will see Lagardere Active taking on exclusive broadcasting rights in the country starting in 2017 for Gulli and Canal J — including kids and family channels, free and pay TV and the Replay TV platforms, and covering all seasons of Oggy and the Cockroaches. This includes the upcoming fifth season (234 x 7), available in Ultra HD, which will bring the series episode count to over 500 (350 in UHD) when it arrives in 2017. Season 5 will see Oggy exploring the great epochs of civilization — from prehistory, Greek Mythology and the Renaissance to the Roaring ’20s and beyond, meeting legendary figures on his quest to destroy those pesky roaches.

Oggy and the Cockroaches first aired in the U.S. on FOX TV in 1998 and enjoyed growing success over the next 20 years. The series has now been distributed in over 180 countries and has a huge online following, netting over 2 billion YouTube views each year in addition to boasting 3 million Facebook fans and followers on Instagram, Pinterest, etc.