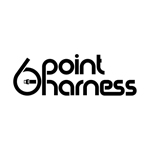 How do you get fans excited for a new installment in one of today’s most popular and acclaimed video game series? Clearly, you get a name filmmaker and a hot animation studio to produce an online short.

At least that’s the take that Bandai Namco and Create Advertising took for Dark Souls 3, bringing in Eli Roth to work with Six Point Harness on a 2D animated short called The Witches, which tells the story of an unlucky knight’s terrifying encounter with three witches.

Brock Gallagher, who directed the short for the Los Angeles-based studio, says this kind of content is a growing sector. “There are more game companies that want content serialized like this,” he says. “It’s sharable, viral, but totally in lockstep with what the product is.”

The project came together quickly, with Roth coming in to pitch his idea for the short. “It was the greatest pitch I’ve ever been in,” says Gallagher. “Everyone was kind of at the end of it just scooting toward the edge of their seats trying to listen a little bit closer as Eli was getting to the end,” he says. “We all were just in awe of how cool it sounded, and everyone just kind of got on board after that.

The project took about five weeks, Gallagher says. Six Point’s George Kaprellian did the boards in a week, followed by a quick animatic. Mindy Lee was doing animation designs simultaneously and once all that was approved, it took about three weeks of animation to complete.

Roth was involved throughout the process. “He came by the studio and checked out our work and he was always involved in the design process,” says Gallagher. “His input was crucial.”

The job was, for Gallagher, a real dream come true. “I am such a fan of video games in general but in particular this series of video games and I’m kind of a horror nut,” he says. “To get to do something that’s a little more mature, a bit more gritty and to work with some of the most talented animators in town was just a dream come true and I’m super pleased with how it turned out.”