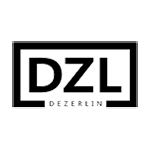 DeZerlin Media of Qindao, China, and London-based Zycon Media signed an agreement during the Beijing International Film Festival to co-finance and co-produce a slate of five animated features aimed at both the Chinese and international movie markets. The five films will be produced over the next three to four years, with a new production beginning every nine months.

First in line for production under the new deal are Wanhoo, a quirky comedy-fantasy set in ancient China; and Outlaws, a fast-paced comedy-adventure set in the Wild West. Both films have been developed by DeZerlin’s in-house story team. Under the agreement, the five films will be produced by Zhang Lin, CEO of DeZerlin, and Mohammed Khalid, CEO of Zycon. The deal was structured by Mark Byers, a Beijing-based producer and CEO of Quixotic Group, Inc.

“I’ve been a proponent of the Chinese animation industry for many years,” said Khalid in the announcement. “and this opportunity gives us the platform to not only utilize the China/UK co-production treaty but enhance our understanding, knowledge and experience in working with a highly skilled and talented team at DeZerlin, developing the capacity of our teams to address communication and sharing of both cultures in a partnership environment that will promote creativity, and visual narrative that will touch the hearts of our audiences around the globe.”

DeZerlin and Zycon are supported in the planned production slate by Beijing-based HG Capital, which has funded and co-produced some of the highest grossing films and TV series of the recent past as one of China’s premiere investment companies.

In addition to the Zycon agreement, DeZerlin has also secured an animated features co-production deal with New Zealand’s Huhu Studios.