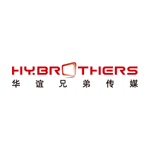 Chinese film production company Huayi Brothers has announced plans to expand its international presence by setting up an animation outfit with the help of some Stateside industry veterans, including Joe Aguilar. The former DreamWorks Animation and 20th Century Fox producer will serve as chief executive of the new unit, according to Huayi Bros.’ statement to the Shenzhen stock exchange.

The Huayi Brothers company carries a market value of about $5.2 billion, backed by major Chinese players like Alibaba Group Holdings, Tencent Holdings and government financial organizations Ping An and CITIC. Specific investors for the animation venture were not named in the announcement.

In addition to studio head Aguilar, who helped DWA set up its division in India, the new animation studio’s art director will be Markus Manninen, who was VFX supervisor for The Croods and Kung Fu Panda.

The Huayi Bros. move is on-trend with the rising influence of the Chinese film industry, which is seeing growing box office numbers as the No. 1 North American market’s begin to stall. Oriental DreamWorks — set up by DreamWorks Animation, China Media Capital, Shanghai Media Group and Shanghai Alliance Investment — co-produced Kung Fu Panda 3, which topped ticket sales in the U.S. earlier this year and broke animated feature release records in China upon release.