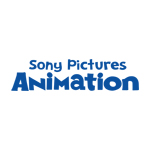 It seems to Smurfette that everyone else in the Village has a purpose – Papa Smurf (leading), Baker Smurf (baking), even Grouchy Smurf (grouching) – except for her.  So what’s the only girl in the village to do?  Go in search of hers, of course!  When she accidentally crosses paths with a mysterious creature that takes off into the Enchanted Forest, she follows, and sets off into the uncharted and strictly forbidden woods.  Joined by her brothers Brainy, Hefty and Clumsy – and with the evil wizard Gargamel shadowing their every step – Team Smurf undertakes a wild journey full of action, danger and discovery, setting them on a course that leads to the biggest mystery in Smurf history!