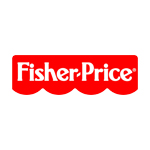 TV production and licensing company Silvergate Media has signed a three-year master toy renewal deal for undersea preschool adventure toon Octonauts with Fisher-Price, Inc. The companies have partnered on the property since 2011, and have seen success with the show’s lines in the U.S., U.K., Europe, Australia and Korea. A successful toy launch is underway in China, with a Russian roll-out set for fall.

Octonauts, now in its fourth season, currently airs in over 100 countries worldwide, including on Disney Channel (U.S.), ABC (Australia), TF1 (France) and Super RTL (Germany) as well as on China Central TV.