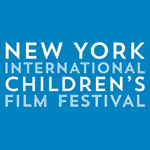 The New York International Children’s Film Festival has named the jurors for the 2016 event, and unveiled a slate preview for the program running February 26 through March 20 — a complete lineup will be announced January 26. The 19th edition will features all-new kid and teen targeted films spanning animation, live action, documentary and experimental shorts and features from about 30 countries in several NYC theaters.

The NYICFF has selected Mamoru Hosoda’s The Boy and the Beast as the opening night film, presented by Funimation ahead of a March 4 nationwide release. The closing day film will be the U.S. premiere of live-action international co-pro The Idol. And a special preview screening of Mark Osborne’s The Little Prince is also confirmed.