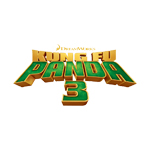 DreamWorks Animation’s first co-pro with Shanghai’s Oriental DreamWorks is delivering on Jeffrey Katzenberg’s investment in opening up avenues to the Chinese theatrical audience. In addition to opening at the No. 1 spot in the U.S. with an estimated $41 million (breaking the January opening record), Kung Fu Panda 3‘s day-and-date release in China and other key overseas markets has brought in an additional $75.7 million in international box office takings.

KFP3‘s performance in China met best expectations with a record-breaking opening weekend for an animated film — $58.3 million from about 15,000 screens, including 3D and IMAX. The IMAX screenings alone (289 theaters) brought in $4.2 million for the CG sequel. The film also had a strong opening in Korea, where it debuted on 1,300-plus screens and took $11.4 million, $380,000 of which was from the 17 participating IMAX theaters.

The last Kung Fu Panda, which opened in May 2011, opened with over $55 million — a figure already topped by KFP3‘s earnings in China alone. The new film has bested the three-day animated feature opening record in China previously held by Minions. The Illumination Ent. film went on to earn $68.5 million in China. KFP3 is expected to easily best this, benefiting from its local production status with a higher share of box office (about 40%) and permission to stay in theaters for more than 30 days, which is the usual restriction placed on films by the local quota system. Industry watchers are speculating that DWA’s latest film will even top the all-time animation record set by Monkey King: Hero Is Back last year, at $153 million.