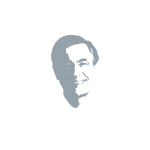 Doherty will also work with co-production partners, animation studios and public broadcasters to deliver broadcast and digital media properties. Her responsibilities will include supervising digital content producers creating online and mobile games and apps based on popular series. Doherty will provide content and strategic support for the company’s licensing and merchandising efforts, as well as help guide outreach and training efforts to promote children’s social, emotional, behavioral and academic health while supporting adults in their interactions with children.

Doherty joins Fred Rogers Co. after working at WNET for 13 years, most recently in the role of executive producer for math-themed animated series Cyberchase. Her credits include Reading Rainbow and The Puzzle Place for PBS Kids, and Countdown to Blast-Off and Blast-Off for Discovery International.