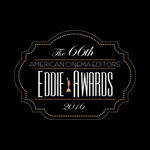 Anomalisa, Inside Out and The Good Dinosaur were nominated in the best animated feature film category for the 66th annual ACE Eddie Awards.

The list of nominees shows a strong presence from VFX heavy movies, with features such as Star Wars: The Force Awakens, Mad Max: Fury Road, The Martian and Ant-Man all earning noms.

Winners will be announced Jan. 29.

Final ballots will be mailed Jan. 8 and voting ends Jan. 20. The Blue Ribbon screenings, where judging for all television categories and the documentary film category take place, is set for Jan. 17. All 800-plus ACE members vote during the final balloting of the ACE Eddies, including active members, life members, affiliate members and honorary members.