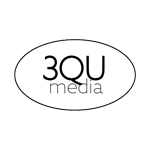 Additionally, Fall Out Boy’s Patrick Stump is contributing to the music, writing and co-producing the song “Trophy Boy,” to be sung by Lovato’s co-stars Avril Lavigne, Ashley Tisdale and G.E.M.

Charming is the story of three classic fairy tale princesses who discover their beloved Prince Charming is engaged to all of them at the same time. Wilmer Valderrama voices the Prince, while Lavigne plays Snow White, Tisdale is Cinderella, and G.E.M. is Sleeping Beauty.

Charming is produced by John H. Williams, and written and directed by Ross Venokur. The film is a 3QU Media Production of a Vanguard Animation film in association with WV Enterprises. SC Films International is handling foreign sales. Production is underway at Cinesite’s animation studio in Montreal.