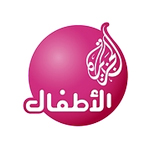 Monster Entertainment continues to enjoy a strong relationship with Al Jazeera Children’s Channel (AJC), which has just picked up five new animated series from the company’s catalog. These include:

Pip Ahoy! (25 x 11) The number one series in the U.K. for kids 4-9 follows the adventures of a happy-go-lucky pup called Pip and his best friend Alba the kitten who live in the colorful seaside resort town of Salty Cove. Created and produced by CHF Entertainment — the new incarnation of Cosgrove Hall Films.

Jungle Beat (39 x 5 or 13 x 7) A fun, family-friendly series that follows a team of adventurers and the different animals they encounter in nature. Aimed at children ages 4-8, the show has proven a ratings success for a much wider audience.

Rocka-Bye Island (26 x 11) Children learn about their world and how it works with imagination, adventure and teamwork — and the support of their many animal friends on enchanting Rocka-Bye Island. Produced by Magpie 6 Media and Monster Ent.