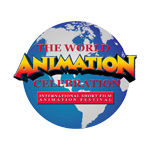 Animation Libation Studios and Animation Magazine, the presenters of the 2015 World Animation Celebration international short film festival, have confirmed the winners of this year’s event. WAC 2015 took place over the weekend, hosted by Sony Pictures Animation at its lot in Culver City.

This year’s festival received over 250 submissions from 45 different countries, which were narrowed down to the top three judges’ picks in several categories. The winners and runners-up are: