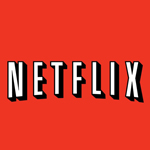 Based on the characters created by Jay Ward and adapted in 2014 into a DreamWorks Animation CG-animated feature, the new series looks to recapture the look and feel of the classic series. Chris Parnell voices Mr. Peabody and Max Charles is the voice of Sherman in the new series.

Take a look at the show’s opening credits:

And here’s a clip:

The 13-episode half-hour series is executive produced by Dave Smith and produced by DWA and DHX Media in Vancouver.